Discipline is a 4-letter word to some modern parents, and for many of us with differently-wired kids.  In fact, it may shame more than support.  We shudder as we stare down our demon.  How do you discipline the willful, forgetful, oppositional, utter mess that is an ADHD child?  How do we know if we’re DOING A GOOD JOB AT PARENTING?  When do we stop second-guessing ourselves?  How do we prevent the chaotic life that can evolve from growing up ADHD?  When can we say we have mastered parenting this child?  When she makes it through college, keeps a friend, or gets hired as a professional?

To Raise an Autonomous Child

For me, homeschool was the answer.  I would not raise a druggie, indifferent adolescent who became a social outcast at 14.  I would NOT beg high school teachers for grades or write papers for a teen who was academically challenged, yet could drive a car and make out with his girlfriend. I would NOT raise a shitty human.

Homeschool would be our saving grace.  Finally, I could build my son’s confidence and fill all his educational gaps with my stealth and esteem after 11 years in the classroom.  I could employ every discipline tool in my professional arsenal to mold my son into the perfect student. B and I were on a mission.  Learning would become easy, fun and engaging.

And yet, here I am, 6 weeks in, staring down all of B’s deficiencies. I’m facing the LOUD music. The truth is, my smart, friendly son is ill-equipped for 6th-grade math. He’s poised, not to win the geography bee or channel his inner mathematician, but instead, to fall further behind.

His lack of focus is even more apparent as we work one on one.  He hates math and his lackluster basic skills make complicated factoring problems torture.  His working memory is fried and his motivation is nill.

I’m no longer his mother, I am his math nag. If I’m not checking problems, I’m emailing his online teacher or interviewing other math teachers for tricks and strategies, or watching flex class videos on repeat to remind my son how to show his work.  I don’t even LOOK at his other assignments, anymore. His PE exercise log, cooking classes, Tudor Museum tour reflection, and Hispanic heritage project are lost in the math madness.  If you have ever taught an ADHD child math you deserve a million dollars.  Period.

If if I deserve it I know exactly where I’ll spend the money: a pre-algebra tutor for my son.

Honestly, we’re hitting a wall that was laid, brick by brick, back in third, fourth and fifth grades.

(A colleague shared this image of the learning pit. It’s courtesy of @ThoughtStem, a California based coding, and technology education group.)

B and I don’t have a pit we have a WALL.   It’s built when a student loses confidence in her abilities.  The lowered confidence ushers in an era of low performance, which feeds the confidence problem, and the cycle continues.

We’re interrupting the feedback loop, here.  This is tough.  This is real.  And I know we can make it to the other side. 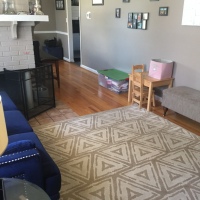 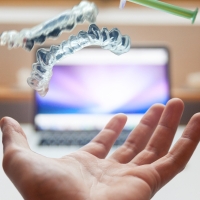